Trek to Mount Everest Base Camp

IBD-trek to Mt. Everest Base Camp

For many years I’ve been thinking about doing a trek in the Himalayas, especially the trek to Mt. Everest Base Camp. The year of 2014 should be the year to do it! But I’d never been in Asia before so I had to take my precautions, since we’ve all heard stories about people getting sick because of the food there. I took the following three precautions before leaving Denmark:

1.     Making sure I didn’t have a flare up before I left the country by taking some blood

2.     I took a drinking vaccine against E. Coli bacteria

3.     I bought a glass of probiotics to take the weeks before leaving

Besides these precautions, I of course trained a lot, primarily by running. My running program was most of the time inside, on a treadmill, since we don’t have a lot of hills in Denmark – the land is as flat as a pancake as we say.  Since there are absolutely no running tracks going uphill in Denmark, I had to use the treadmill in the gym and put it on elevation, so that I could do my running in different elevations. These were the obstacles I had, but it was no problem to do these preparations.

The main concern before leaving for Nepal was actually not the fear of getting diarrhoea or a flare up, but my main concern was about the heights. I’d never been trekking above 2000m before, so going to almost 5400m was really a mental challenge to me. When you tell people that you are going to the Himalayas you always hear stories about people getting high altitude sickness and are forced to quit the trek to go back down to lower heights.

The other concern was flying from Kathmandu to Lukla - the most dangerous airport in the world. The airport is situated about 2800m above sea level, is about 450m long and 20m wide. Besides all this the runway has an incline of 12%. It was terrifying to get into the little airplane that had to take us from Kathmandu to Lukla - seven rows with two seats on each row, one at each side of the plane. The flight only took about half an hour and the landing was the most memorable thing I have seen.

After arriving in Lukla we quickly started our trek towards Everest Base Camp the goal was to get there in about 9-10 days. When you think about it, 9-10 days aren’t that much - most of the time in our everyday life 9-10 days just fly by. But when you have to walk 6-11 hours every day from 2800m to 5400m - then you have a challenge.

We started very optimistically - the sun was shining from a blue sky and we couldn’t stop looking up at the beautiful view of the Himalaya mountains range. Every morning when you wake up and go along on the trek you see the most fantastic landscapes - it’s like walking around in one of the most stunning paintings you’ve ever seen. On the second day of the trek we passed 3000 height meters and here we started getting a bit short of breath and we could feel that we had to be careful with our walking pace. At the end of the day we reached Namche Bazaar in around 3400m. Unfortunately we were staying on the 2nd floor in the hotel meaning we had to walk up two staircases to our room - this was like walking from ground to 10th floor back home!

On day three we had our “day of rest” meaning we had to walk for 4 hours going from Namche Bazaar at 3400m to Everest hotel at 3800m and back again. This was the first time we saw the top of Mt. Everest and we were lucky as it was very clear weather allowing us a breath taking view to the top of the world.

You get very tired very early because of the heights. Therefore we usually went to bed just after having eaten dinner at around 8 in the evening.  At around ten o´clock on my  rest day the worst thing that could happen happened: My stomach started to turn around itself resulting in about 10-15 visits to the toilet that night. The following day should have been an easy start for about approximately 2-3 hours before a very steep climb at the end lasting about two hours. The first part took my group almost 6 hours, since I had to go “off road” every 20 minutes. Can you imagine the guilt you feel in that situation? I felt like a burden to the rest of the group, which I also was and at the same time I felt so afraid that this could be a flare up.

But I kept telling myself, that I know what a flare up is and this is not a flare. But I couldn’t be sure (you never can) and I felt more and more insecure. When we arrived at the final steep climb I was terrified. I looked up and it was the steepest and longest uphill climb we’d ever face on the trek so far. I was sure this was the end for me - not even half way to Everest. Beaten by the diarrhoea. But the miracle happened: We found a horse! So the last climb I did on horseback - a pure lifesaver for me at that specific time.

But this wasn’t the end of the stomach problems. Of course it continued throughout the night and when our guide came into the bedroom the next morning and told me that he wanted to call a rescue helicopter I was forced to do some reflection and reconsideration.

I tried to listen to my gut and I felt not better at all - but it wasn’t worse either. So I decided to continue and luckily it went better and better the next couple of days. The diarrhoea continued though, but it was “only” 8-10 times a day and I felt like I could control it. The worst thing was the lack of appetite and the sleepiness the sickness gave me. I was waking up every 2-3 hours and the only things I could eat was a boiled egg in the morning, half a snickers during the day and a little soup in the evening. Therefore I lost 12kg in just 13 days!

I once ran a marathon and trained for that marathon. I’ve run half marathons and trained for that. I’ve trained for the Everest Base Camp. But I’ve never been so much under pressure, so frustrated and so in doubt about my own body strength. I’ve never felt so physical exhausted and so under pressure in my whole life and I’ve promised myself that I will never do it again. But I’ve learned tons from it. I now know my body way much better than before - and I think I knew it pretty well before I left for Nepal.

One thing is training for or running a marathon or a half marathon. It “only” last for 1-4 hours. But trekking in the Himalayas, with all different kind of challenging factors, lasting for several weeks. That is something you cannot prepare for neither mentally nor physically. Despite all that ..what a feeling when I reached Mt. Everest Base Camp - for a moment you forget everything!!!

And I will assure you: when you are getting back to Lukla you feel relieved. After getting to the Base Camp there are 3 days of 9-10 hours of walking down which is very hard also. But when you leave Lukla and think back of the 13 days you just have been through you feel amazing! And here, a couple of months later you actually miss walking around in this fantastic settings you were in - just you and the wild nature. It was one of the absolutely greatest adventures that I’ve ever been in - and the absolutely hardest. I will never forget waking up and see the sun hit the world’s highest mountains, this will always be on my mind for the rest of my days. 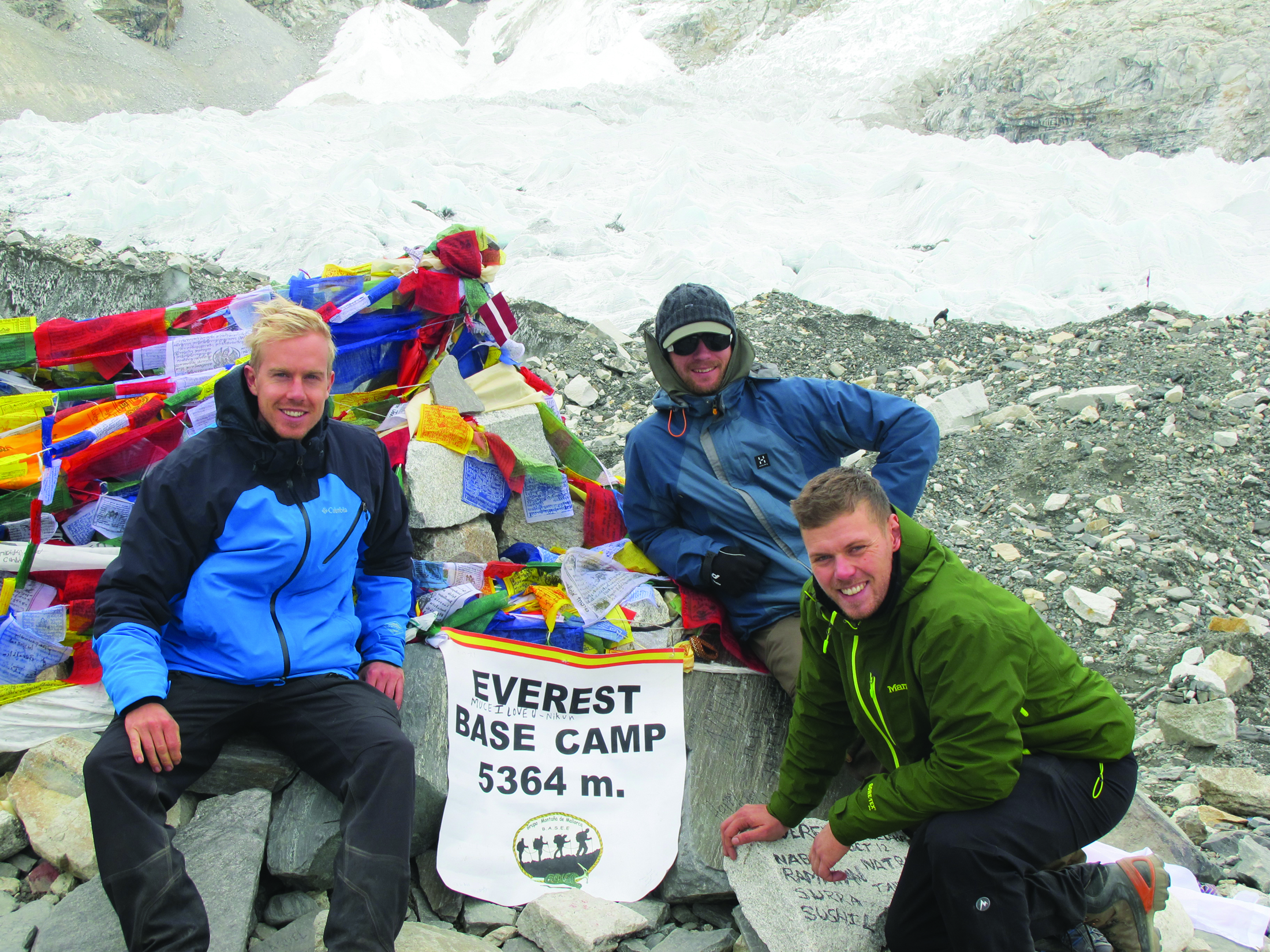 We are pleased to announce our new edition of the EFCCA Academy offering specialized training for...

COVID-19 psycho-social impact of lockdown in patients with IBD

“How did the IBD patient community cope with the lockdown?”, “Which is the real meaning of isolation for...

COVID-19 and medicines supply: “Are we running out of medicines?”