"I had to double-check when I was diagnosed with Crohn’s Disease and still can’t really remember when the gastroenterologist told me and my parents about it. It was in the middle of the summer in 2012, almost eight years ago already. Now that I’m writing it down I also realise time is flying by… That also brings me to the next point; my work.

As a kid I have always wanted to be a designer because I was curious about a bunch of things and often got excited about designing digital ‘things’. After completing my Bachelor in Industrial Design in The Netherlands with an exchange in New Zealand, I decided to continue my studies in Umeå, Sweden, which is roughly five hours below the polar circle. With two internships in New York  City and Stockholm, travelling and changing apartment was in my DNA. After graduating in 2018, I started working in Gothenburg, Sweden and since then I have been involved in designing digital products, some of them being digital therapeutics for anyone with IBS or IBD.

To get back to that travelling part; my gosh, I felt like I was a drugs dealer every time I crossed the border with medication for six months. I wasn’t just travelling with Crohn’s meds, but half of my suitcase was packed with medication that would be enough for six months because who wants to register themselves as a Crohn’s patient in a country for only six months, then ask physicians to prescribe medications, fix it with insurance there and then get reimbursed. Nope, didn’t want to open Pandora’s box and eventually have to call, email and send a gazillion of letters to fix all administrative issues.

Something that keeps me going at work are the people. I don’t have a boring and repetitive job where every day is the same. We are a rather young and open-minded team that respects you for who you are and early on I let a lot of people know about my condition, not because it was limiting me but because it’s what has shaped me and gave me motivation to do what I currently do. I, for a fact, know that my office/work environment has impact on my bowel activity and mental health and as a team we try to organise fun things to be happy and enjoy the time we can spend together.

Yes, I do work in the creative field so it’s easier to establish a rather open and social culture, but now that I’m working at home I started realising how much colleagues can mean for your health. Appreciate them, remind each other why you do what you do and if you have two Playstations and a bunch of people who like to play FIFA ’20, organise a FIFA tournament, as shown on the picture. " 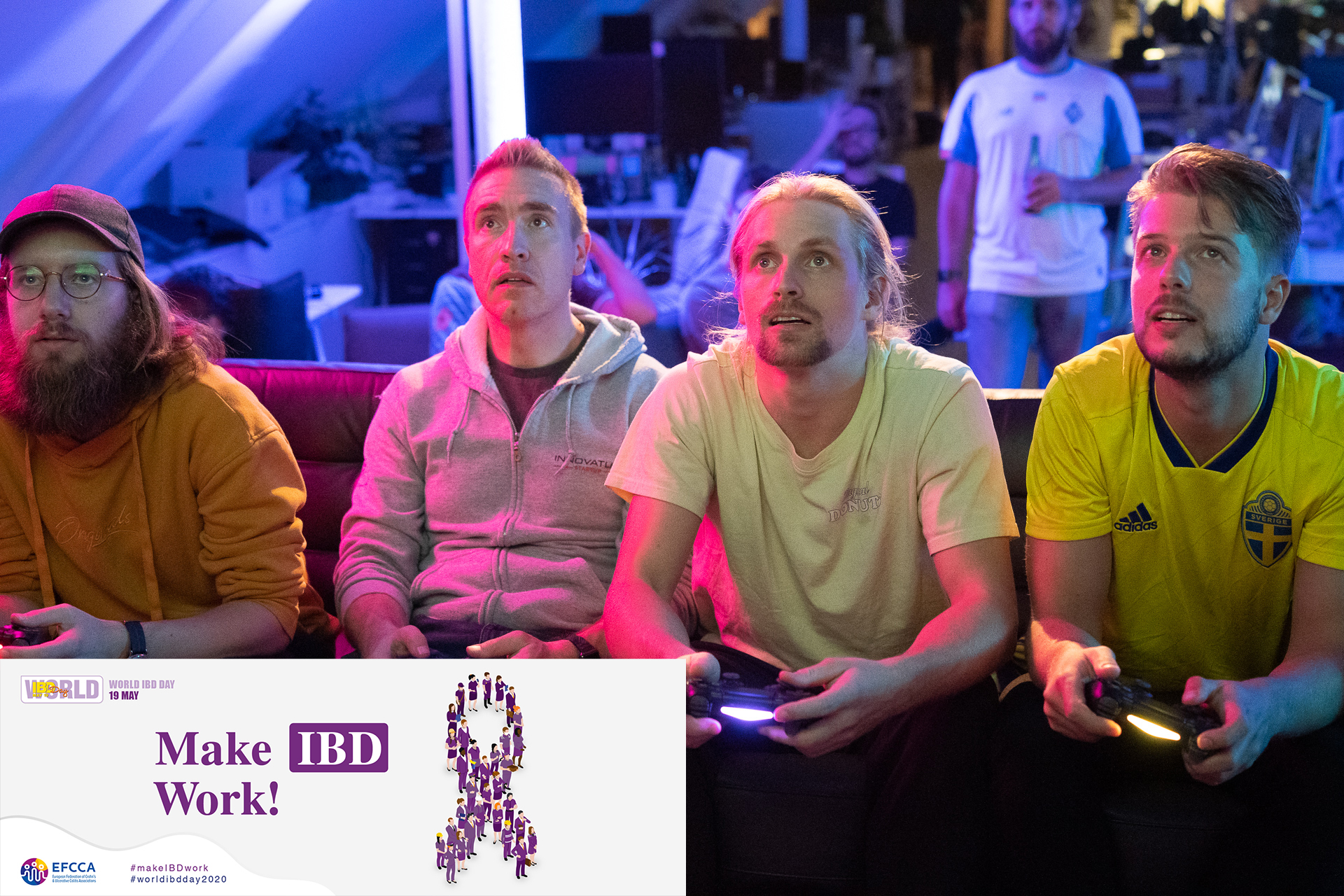