Travelling has been something I have always had a passion for in life. To travel to all the wonders of the world, see different cultures and meet amazing people along the way. But in November of 2007 all dreams were held up when I was diagnosed with Ulcerative Colitis. I had been suffering for a year with it before the doctors came across it during a colonoscopy. After that it was a struggle to even travel to the shop without panic creeping in. Wondering how long I would last before begging to use some form of toilet. Fear can be a very powerful thing once you allow it into your mentality and this led to me rarely leaving my home or somewhere I knew I was safe in the knowledge that there was toilets very close by.

As I gradually got worse over the years with the illness and changing different medications I eventually started to lose hope of ever seeing the world through my eyes instead of on the television, travel magazines or through friend’s photos. But to my relief I managed to find a way of controlling my illness through diet and exercise that changed my life for the better. Within a couple of months of feeling the best I had ever felt I began saving for my travels. My first stop being the other side of the world. New Zealand. A country I had always wanted to visit especially being a fan of the Lord of the Rings trilogy.

November arrived and I was on my way. Taking a flight from Dublin to Abu Dhabi, Abu Dhabi to Sydney and then Sydney to Auckland. I was extremely worried about how long these flights were and how I would cope on them. I remembered to drink a lot of water and walk around the plane and sleep as much as I could. I didn’t have any issues on the flights thankfully and began getting very excited about spending Summer time in New Zealand.

I stayed in Auckland for a few days to settle my body clock and see how my bowels would react to the time difference. My excitement seemed to have stopped any jet lag and I got into the swing of things straight away. Trekking up dormant volcanoes, through lava caves and jet boating. The bus journeys began then as I started travelling around the north island. This being a huge fear as anyone with IBD would know. Most journeys were a minimum of 4 hours. This scared me a little but I need not have worried as the public transport there was amazing. Buses stop for toilet breaks every hour and if you have an issue or were feeling ill the bus drivers take note and will stop for you whenever without the disgruntled attitude you would get from most bus drivers. It never ceased to amaze me how helpful the bus drivers were and I began to look forward to the 7 hour bus journeys rather than dread them.

The big activity on the north island I was looking forward to was the Tongariro Alpine Crossing. I had been practising at home for this as it was a full day 19.4km trek over volcanic terrain on Mount Tongariro and passing by Mt Ngauruhoe. Most of you would know this mountain by its Middle Earth name ‘Mount Doom’. It takes about 7 hours to get through it with a good level of fitness. My big fear was the lack of toilets as there was only access to three toilets along the journey. One of them right at the beginning. So of course I made use of that. I was wise about when I was going to eat and made sure to drink plenty of water along the way to keep me hydrated and prevent any bad moments with my illness.

Parts of the journey were very challenging with knee troubles from Colitis walking in loose gravel and terrain, but luckily with the amazing 25 degree weather we could see where we were going as we headed further up into the mountains. I just made sure to take my time and enjoy the views which were absolutely spectacular. Some areas looked closer to terrain on Mars rather than Earth.

There was also a lot of snow and ice in the area so along with a few friends I made along the journey we made the most of it and played in the snow in the dead heat. It was a surreal feeling. As we headed further on it went from dusty sand to alpine grass and then right into a large bush walk. By the time I was finished the trek my legs were weak and I was very tired but I had a huge smile on my face knowing the achievement I had just done.

I travelled more of the north island seeing beautiful areas like Napier and Hastings which is known to be wine valley country, Bay of islands where I got to see dolphins out at sea and climbed under waterfalls, Hobbiton in Mata Mata where The Hobbit and Lord of the Rings set is and Rotorua which is famously known for its smell due to it being a thermal wonderland filled with geysers and hot mud pools. When the travelling was done I settled into working life in Wellington, the capital of New Zealand, where I made plenty of friends and met amazing people. I worked there for five months to save for my journey around the south island to begin more adventures.

When that day arrived I packed my bags and headed for the ferry to Picton. Excited about what was in store as the south island was known for its amazing scenery and extreme activities.

Kaikoura was the first stop which is known for dolphin and whale watching. Unfortunately the weather was pretty bad to take a boat when I was there so I decided to trek around the peninsula making friends with the seals along the coast instead. After a few days enjoying the little fishing village I moved on to Christchurch in order to get the Tranzalpine train to the west of the island. Absolutely beautiful scenery on this journey which is one of the top train journeys to take in the world. This is where the real fun began as I made me way south towards glacier country. I hit Franz Josef with a nervous excitement as this was where I was going to do my sky dive over the Southern Alps. I thought it would be the best way to view this stunning landscape and the highest mountain in New Zealand, Mount Cook.

The morning of my dive I did not feel nervous at all. I had this sort of calm although I was having a fear of bowel movements in what I was doing. Even the healthiest of people would, doing what I was about to do. But I was not going to let that stop me. I headed for the loo six times (just in case) before they suited me up and we took off in the little aeroplane gradually getting higher until we hit 16,000ft. By this stage we needed oxygen masks being so high up.

The scenery was stunning and as I sat in the doorway of the plane I realised there was no going back now. Falling out of the plane is one of the craziest sensations as your whole body tries to fight what is happening to it. The first few seconds were the scariest of my life but once my body adjusted I got to enjoy it and smile for the camera making my way down in one minute free fall before the parachute was opened. I was on a high for the rest of the day as I ventured on towards fox glacier. This time it was the challenge of trekking up a glacier for the day. Not for the unfit or faint hearted. Again before we headed off we were warned that there were no toilets for the day so I made my way to the toilet before decking myself out in glacier hiking gear and ice clamps. This was an amazing experience as we headed further up into the glacier with our guide hacking steps out of ice with an axe and having us climb up parts with a rope which I admit was extremely scary considering one slip and you could have broken bones or worse fall down one of the crevices to your death. That did not put me off as I looked at the beauty of this glacier and the area surrounding it.

My overall experience was phenomenal considering what I had achieved in a short period of time under the difficulties of having a chronic illness. All I can say is if you have a dream and determination you will get there eventually. It will never be easy, it will be challenging but it will be so, so worth it when it comes true. I am already planning my next adventure. 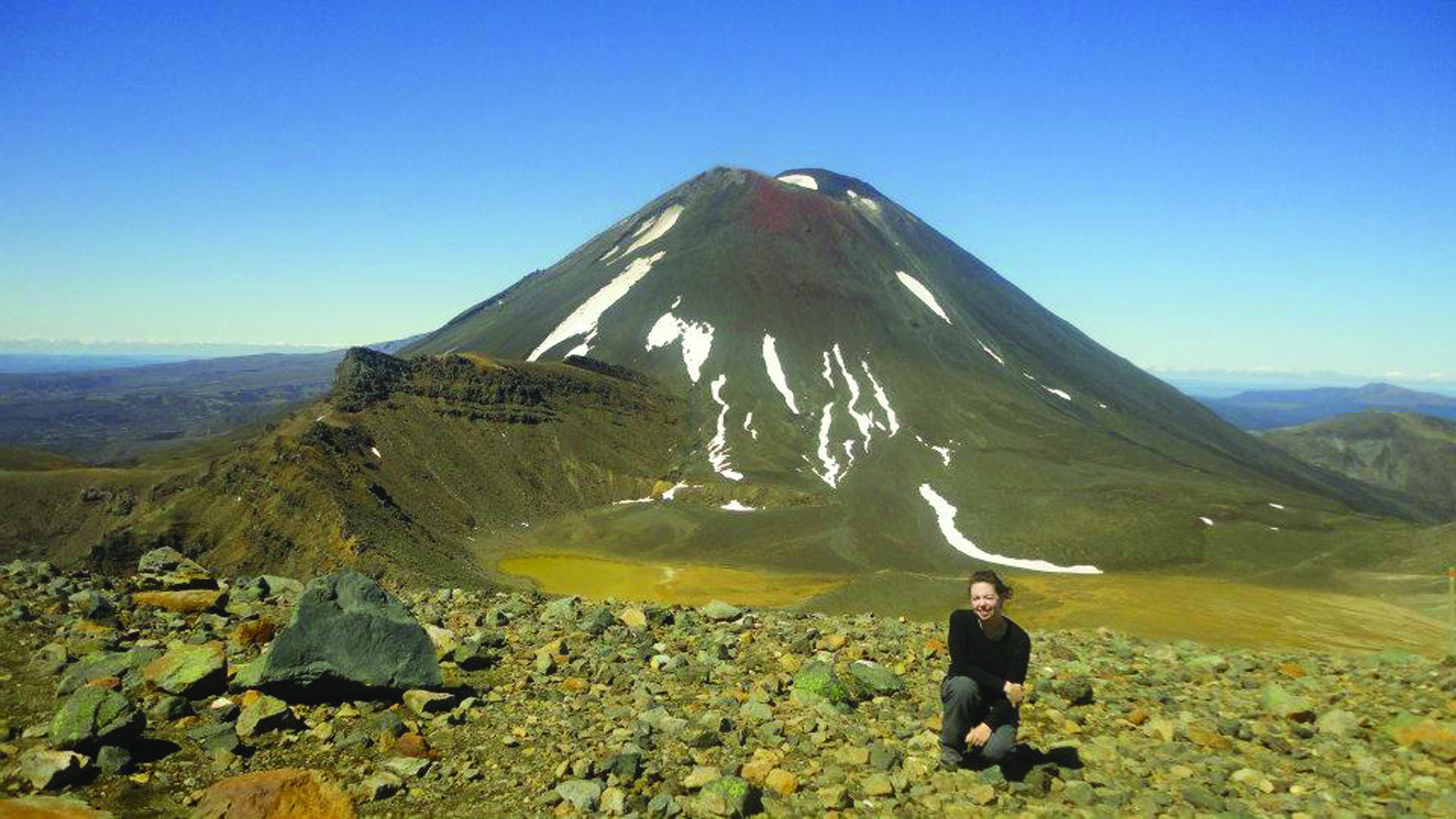 We are happy to share a series of IBD podcast that have been prepared by our colleagues from the Serbian IBD patient association UKUKS together with Stetoskop info. They are subittled in English...

Within the framework of our EFCCA Patient Talk series we are...

We are sharing information about a study to evaluate patient preferences for treatment goals in inflammatory bowel disease (IBD). The primary objective of this study is to evaluate and quantify...

EFCCA is partner in an exciting #Horizon2020 project called ImmUniverse aimed at improving diagnostic and therapeutic options for patients living with #ulcerativecolitis and #atopicdermatitis. Go...

We are pleased to announce that our new edition of the EFCCA Academy offering specialized training...