I was diagnosed with Crohn’s disease during my last year in high school – exactly at the time when I should have decided what to study and what I wanted to do later in my life. I had wanted to be a police officer, but was told that with a chronic disease and permanent medication, it was not possible. It was a big disappointment, and for a couple of years I had no idea what to do.

I went on to study physiotherapy, which I enjoyed, but around the time when I graduated my disease was in such a bad shape that doing a physical job would have been difficult. I was even afraid that I might compromise the safety of my patients. As a result, unfortunately, I have never worked as a physiotherapist.

I moved to another country and worked in an office job for a while. When my Crohn’s disease got better, I wanted to try something different and went to work as a flight attendant. Apparently, some airlines do not hire people with chronic diseases, but thankfully, my airline saw applicants as individuals and had me go through a thorough health check before deciding. I would warmly recommend this for any company that hire people for jobs that may be physically demanding; even if someone is diagnosed with a disease, it doesn’t automatically mean they are unable to do a certain job. People with chronic diseases should never be collectively excluded. We are all individuals, and everyone’s situation is different.

After a few years in the sky I wanted something with easier working hours, so I went back to university, got a higher degree and found a job in clinical research. My employer was very flexible and I was allowed to do flexible hours and work from home a good part of the week. I noticed it was good for my Crohn and made my life a lot easier, and this prompted me to start working as a freelance medical writer and translator, which I have now been doing for almost six years.

I do enjoy being around people, and if I was healthy, I would probably have another kind of career. But in my situation, working independently from home and being my own boss fits me perfectly. And it turns out, my physiotherapy studies were not a waste of time even though I couldn’t make a career out of it: without the degree in physiotherapy, I would not have been able to do my later studies and do the work I do now. Things happen for a reason, even if you understand the reason a lot later. 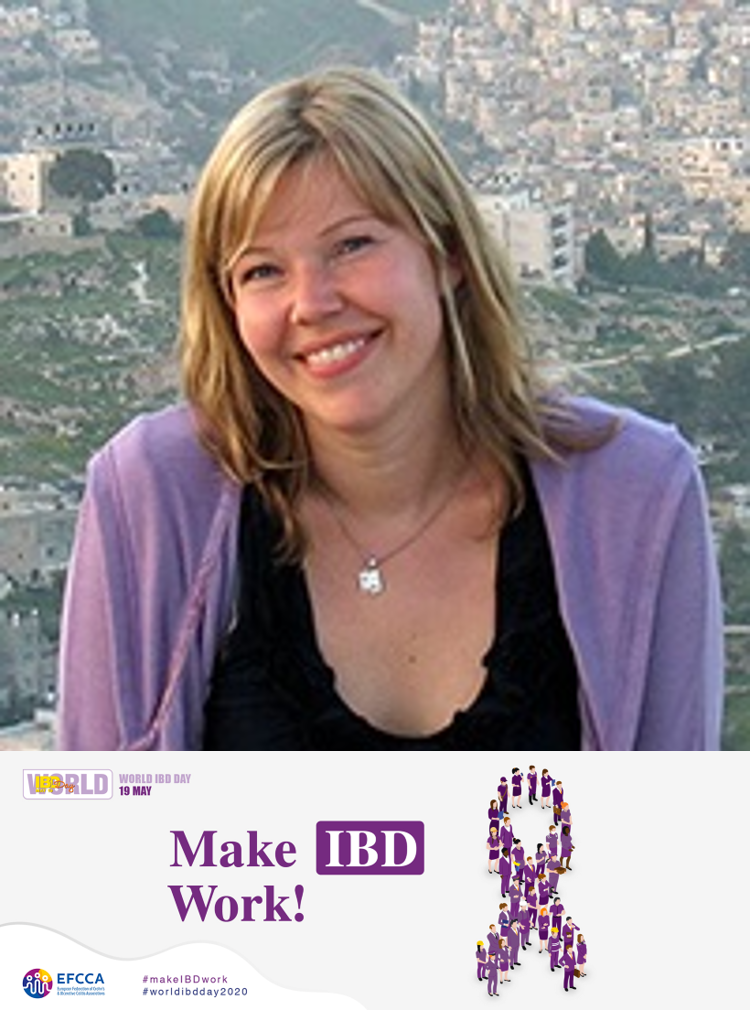 ...is the name of a game developed by our colleagues from ...

Do you have Crohn’s disease (CD)?

The CULTIVATE team is looking for people with CD to join a clinical research study assessing an investigational drug.